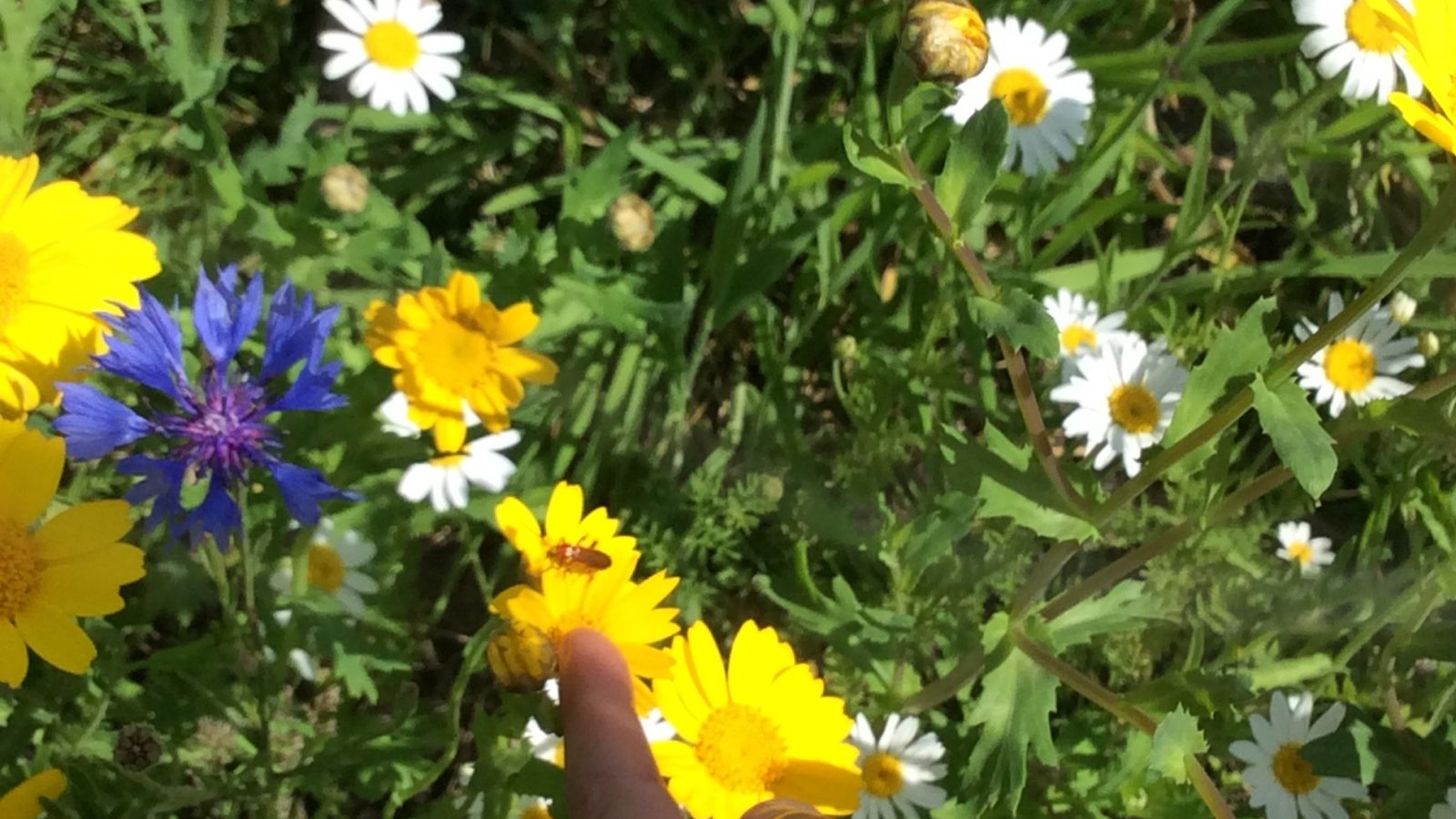 Last year we awarded an Eden Geothermal Community Fund grant to Bugle School, to help them transform their school field into an eco-friendly learning area.

We’re so impressed by how much they’ve achieved since then, thanks to the enthusiasm and dedication of staff and pupils at the school. The grant has paid for the materials and equipment needed, but all the hard work has been provided by the staff-pupil team.  We think the results are amazing, and want to share the school’s long list of achievements with you.

A perimeter fence to protect the new wild garden has been built, and willow stands have been planted all around the garden’s borders.  Wildflower beds have been dug, soil prepared and seeds sown.  A bird table and bird feeder stations have been constructed and bird food is being replenished regularly. A hedgehog home has been sited.  Wild grass areas have been protected and allowed to grow, with pathways and observation points strimmed into the grasses. Squirrel feeders, birdboxes and a bat box have all been built and sited. Apple, pear and plum trees have been purchased and planted to develop two small fruit orchards, bordering the wild garden.  A moveable nature hide has been designed and built, and equipped with a set of binoculars.  Other equipment, such as magnifying glasses, bug hunting kits and butterfly identification charts, has been bought, and is being used to support the children’s exploration and observations.

The school’s original plan was to buy two ready-made planters, but by designing and making their own instead, they’ve stretched funds further and made TWELVE planter boxes and raised beds, in which wild plants, herbs and strawberries are now being nurtured.

The wild garden area is being regularly accessed by classes of all ages, and is being built into curriculum planning, supporting science, geography, maths and English objectives – to a much greater extent than had been envisaged.

A spokesperson for the school said:

“The preparation, building, and use of the site has helped groups of children who have encountered particular challenges find focus, interest, and a sense of inner peace.  This area will continue to be used by all year groups, for multiple purposes, as spring and summer bring the wildflowers and grasses, pollinators, birds, and other animals to our school field area.”

Congratulations to the staff and pupils at Bugle School who have worked so hard to make this project a success.