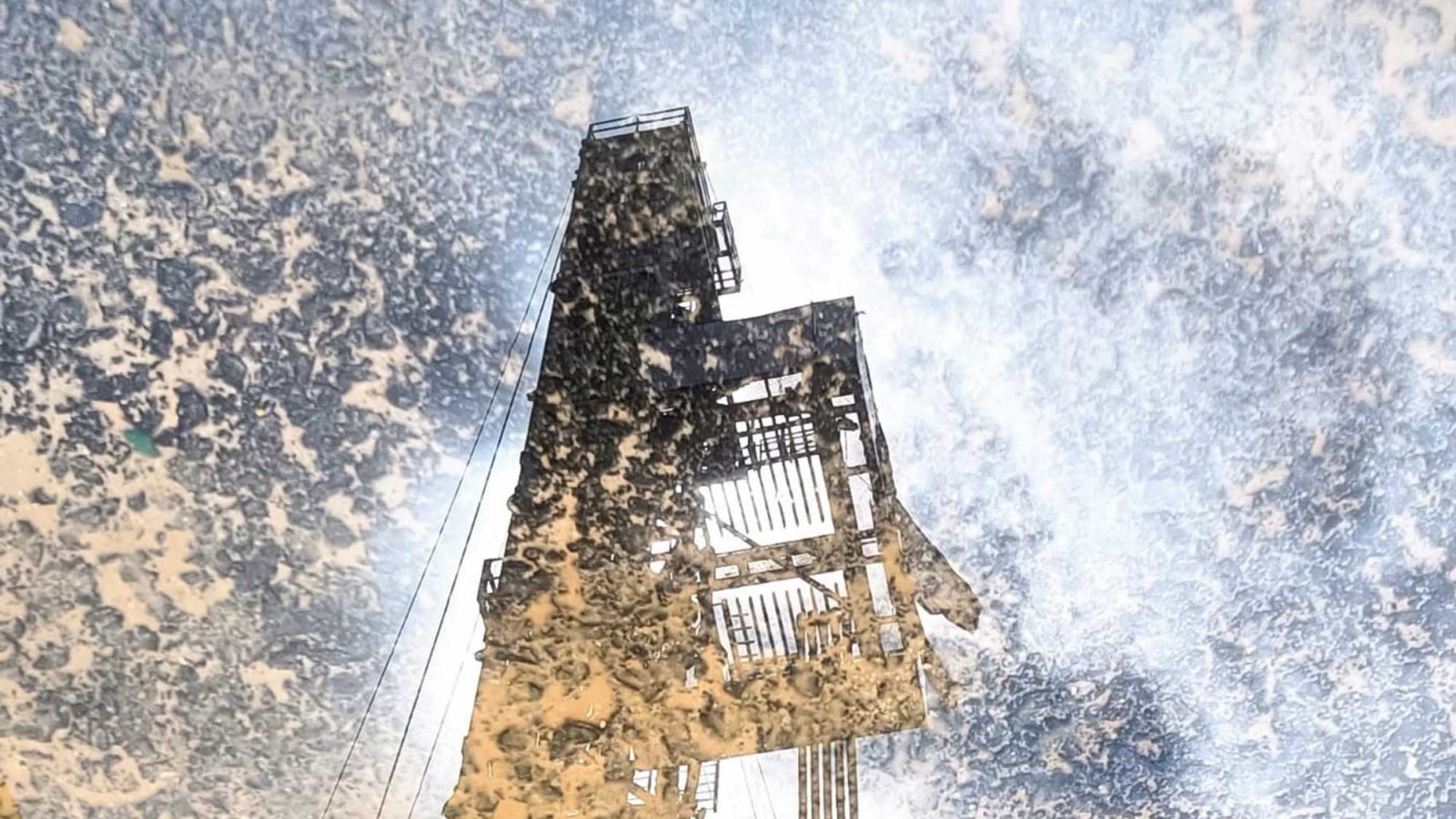 Find out about what goes on at our geothermal site: how we’ve drilled so deep underground, what’s involved in well-testing and who is involved in site operations.

Phase 1 of the project involves drilling a single deep geothermal well to around 4.5km, followed by a period of heat supply to the Eden Project.

Our first well is called EG-1 and has been drilled in sections.

The conductor section was drilled before the main rig arrived, as part of the site completion. It’s a larger (34” – 36”) hole, which was drilled through the looser, weathered ground near the surface, until we reached competent bedrock, at 32m. Wide diameter steel conductor pipe was then cemented into place, to seal off the start of the well from any looser, softer ground and to form a stable start collar or ‘foundation’ for drilling.

The first section to be drilled by the main rig was the 26” section, between 32m and 240m. We used two 26” drill bits, weighing 630kg each to get to 240m. (The granite at Eden is extremely hard, so after a certain number of rotations, the bits become worn and must be replaced.) Then the drillstring was ‘tripped out’ (pulled out) of the well and this section was lined with 20” steel casing, which was subsequently cemented into place using specialist cement.

The 12 ¼” section is the longest section of the well. At 1706m we “kicked off”: that is, the well started to be drilled directionally, deviating east away from the vertical and towards the target zone in the Great Crosscourse fault. Now that we’re drilling directionally, the measured depth (MD) of the well – its total length from start to end – starts to become greater than its total vertical depth (TVD) – the vertical distance from the well surface to the deepest point.

Find out about the rig we used to drill down nearly 5km into the Earth’s crust.

Find out about the specialist team operating the rig and working on site.

Find out what well testing involves, and what information it gives us about the well.