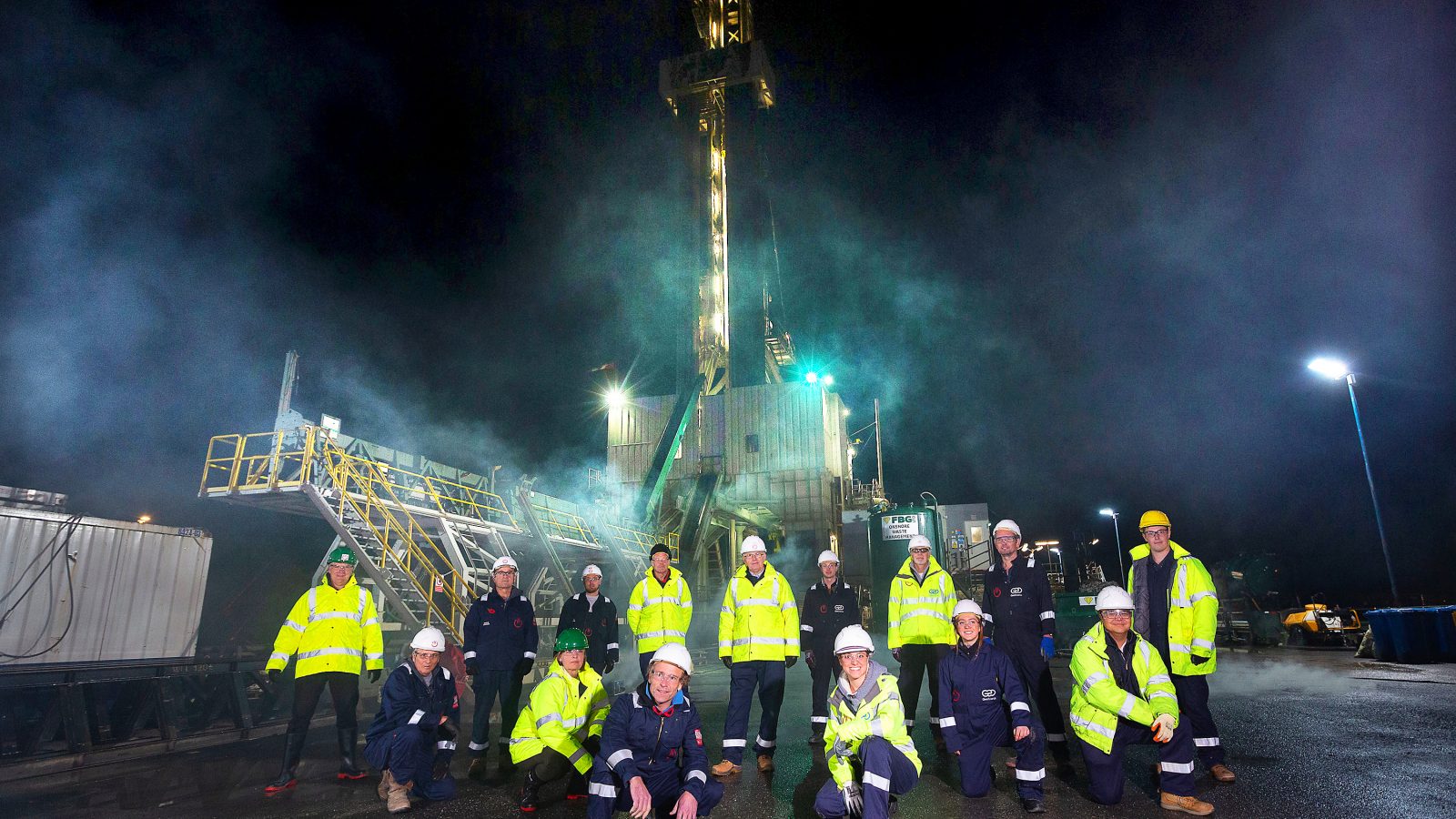 Geothermal borehole is the longest ever under UK soil

Brunel would be dancing a jig – Sir Tim Smit

Drilling deep into the granite at the home of the world-renowned Biomes in Cornwall began in mid-May this year.

The well has found its target fault structure and the early signs of high temperatures and good permeability at depth are promising.

The story of deep geothermal is proving to be the star of the show at the Eden stand at COP26 in Glasgow, where one of the giant tungsten-headed drill bits used on the project is a magnet for visitors.

Eden Project Co-Founder Sir Tim Smit said: “People from all over the world come over and touch it, awestruck at the possibilities implied by it. From heads of state to young activists you see their interest and hope at the technology.”

Sir Tim said that since Eden opened more than 20 years ago the project has aspired to become completely energy independent using renewables: “The Holy Grail of renewables is constancy so that we get heat and power even when the sun don’t shine and the wind don’t blow.

“This is base load…the key to unlocking Britain’s fossil fuel dependence for energy. Energy from the centre of the Earth.

“Jules Verne would have loved it.  Brunel would be dancing a jig at the dawning of a green industrial revolution. Now politicians and planners have no excuses not to commit to the future for it is here…now.”

Sir Tim added: “Eden rocks, Cornwall rocks and we believe that we and our fellow geothermal pioneers in Cornwall are the spark that will light a fire.”

Gus Grand, Executive Director of EGL, said of the team who have completed the vital first phase of drilling: ‘‘These engineers and geologists are the rock stars of renewable energy.

“It is remarkable to be able to steer so deep a well in hard granite into a target structure so far very from the surface, and to do it successfully to order.

Richard Day, Chairman of EGL, said: ‘’Geothermal energy offers a real opportunity for the oil and gas industry to transform itself and become part of the solution to the environmental challenges the world is facing.

“We have been able to utilise the expertise and technology from that industry for geothermal; they are transferrable. It is a great opportunity.’’

The next step for Eden Geothermal is a programme of measuring and testing the well, which will continue into the New Year. Then, using a heat exchanger, the well will be connected to a heat main and linked to the Eden Project to demonstrate the supply of renewable heat.

The next big chapter will be to drill a second well on the site, close to the first and to a similar depth.

Once complete, the two-well Eden Geothermal project has the potential to supply renewable heat to Eden and neighbouring industries equivalent to the heat used by more than 35,000 homes, or renewable electricity to that consumed by around 14,000 homes.

You can download the full press release, with contacts and editor’s notes, here.